patton's SCIENCE PARTY
{click HERE to see an overview of the party}
was so much fun!
because we were on a budget for the
SPACESHIPS AND LASERBEAMS
BOY BASH CHALLENGE
we had to be creative
{which just happens to me my specialty} 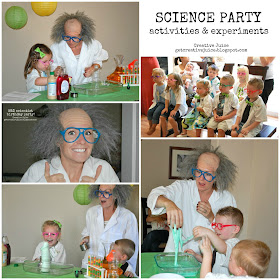 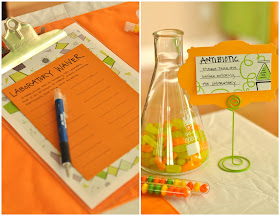 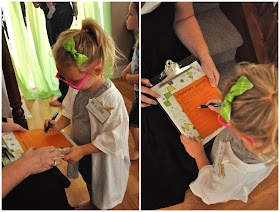 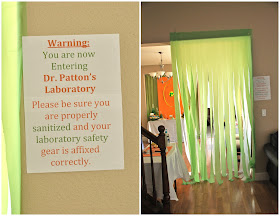 SANITIZING STATION
this was so fun!
each kid went through the "decontamination process"
once they were in thier costumes
first, they had to sign thier "laboratory waiver"
{which was really cute since most of them are just learning to write thier names!}
then they had to "sanitize thier hands"
{wait why is that in "? that is really what they did...}
then they each took an "anti-biotic"
{a mike and ike!}
and then passed through the "sanitizing shield"
to the laboratory on the other side
{ i made this by cutting up some plastic tablecloths and hanging them} 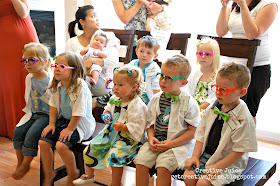 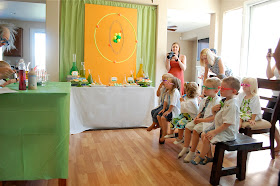 NOW they were
ready to experiment! 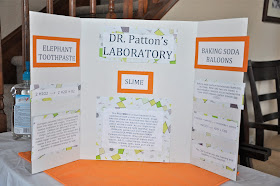 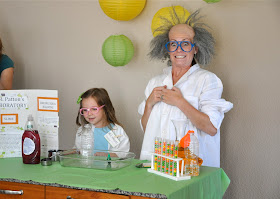 ya like that face???
it was a MAD scientist party afterall... just playing the part :)


1. set an empty bottle in a tray to catch the overflow
2. mix 2TBS warm water & yeast in a separate bowl
{set aside for about 2 min}
3. mix in the bottle: 1/2 cup of hydrogen peroxide
and a squirt of dish soap
note: {3% hydrogen peroxide is fine.
6% would have been cool,
but its hard to come by so don't stress}
4. pour the yeast mixture into the bottle quickly
& there it goes!! 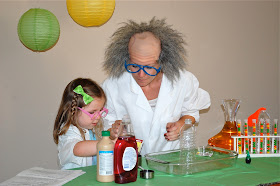 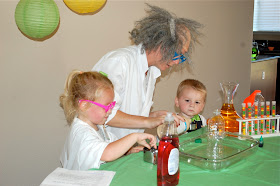 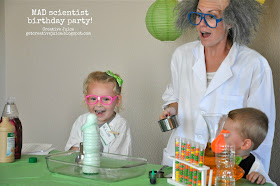 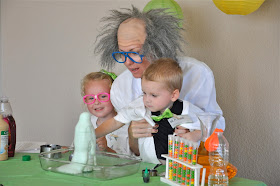 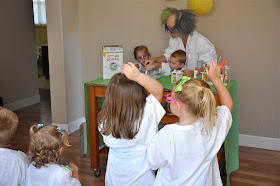 already volunteers for the next part...

1. in a small bowl mix 2 cups of water and
2 teaspoons of borax
2. in another bowl add the 2 bottles of glue,
1 cup of water, and food dye
3. pour the borax solution into the glue, knead together &
you have SLIME!

{note: this is non-toxic and can be easily cleaned from
surfaces. store in air tight containers} 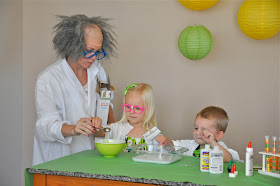 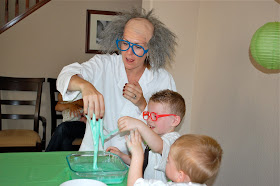 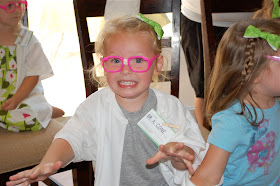 gross to touch but they loved it!!


this is a classic.
but i wanted EVERYONE to have the experience at the same time!
SO we made these ahead of time and it was SO much easier 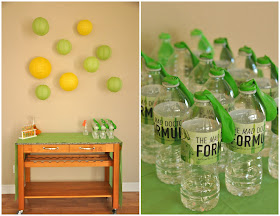 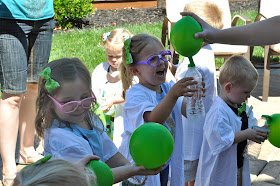 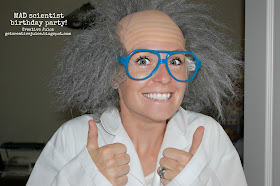 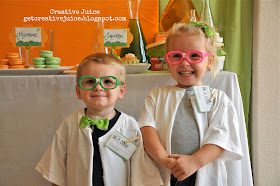 dressing the part is half the fun!!
each kid had thier own costume and it was so much fun -
see all the details & DIY tricks in the posts listed below!

CHECK OUT THE OTHER PARTY DETAILS: